I’m delighted to share another video with you for this week’s mindfulness drawing. Admittedly it was a true labour of love to produce this video and I think i future I’m going to need to invest in some new equipment or software to speed things up.

This difficulty couldn’t be more in contrast with how I feel about the drawing itself. I couldn’t be happier with the drawing and I really feel a strong connection to it. The only idea I had when starting out was, knowing that I was going to video it, that I wanted to start with semi circles. I really wanted to show that you can produce beautiful art not by measuring, planning and tracing but by feeling your way around the page and letting the flow take hold. My circles are not even, not symmetrical, but I don’t think anyone could argue that there’s not something beautifully honest about them. I don’t believe art should be perfect and there’s no better way of illustrating that better than by doing this video.

I’d love to hear your thoughts on this week’s post. Please support me by liking and sharing this video if you enjoy it!

After some brainstorming I felt that I can imagine my figure lying in a bed of flowers but the question remained, how does this relate to the painting, to the story? I realised that this piece is more about forging your own path and following your dreams and desires. It is so different than the underlying themes of my previous gasmask paintings than I wonder if that’s why the design process has been long and continually developing. Taking the time to explore where an idea has come from and what it may mean, before starting to paint, may actually be a lot more important to the process than perhaps I had ever realised.

So with the meaning loosely bouncing around I came to the decision that if I painted the bed of flowers as handmade entities in their own right, it would cement the themes a lot better than any other background/foreground I could add. The question of how to make flowers look man-made was a slightly different challenge but after searching around art and crafts methods I eventually decided that fabric flowers adorned with beads and buttons could be the quickest and most effective way of achieving this effect. It also gave me the chance to extend my colour theme and add more of the contrast colour which is playing around the canvas. A shot of blue against the soft red gives the sharp edge to this otherwise calm colour scheme.

When I showed my husband this week’s post his first comment was “woah its been years since you last drew women with wings, you used to do it all the time”; further evidence that this project has started to tap into something fundamental in my artwork. I don’t know whether this side of my art had been put aside, forgotten or simply demoted in favour of other projects. It’s so nice that I now feel I have a project where I can explore all manner of subjects and themes with little consequence to my portfolio. The problem with my larger paintings is always the time it takes to complete them. Because they take longer, I can only follow up the strongest and best ideas. I don’t have time to investigate the fleeting ideas and perhaps more importantly ideas which don’t steer my overall portfolio in the strongest direction. (Oh woe is me, the trials and tribulations of the poor artist working a day job to pay the bills…)

This was an interesting drawing this week, an idea which grew from nothing other than the starting point of wanting to draw a curled up figure. I was doing my mindfulness practice on my lunch break and was really tired at the time, wishing that I could curl up myself. The wings and horns are examples of those classic elements where I can honestly say “I don’t know why”, just that they felt right at the time. I think something like this would be lovely in a full colour piece where these mysterious little plants could be painted exactly as they are in my head, as bioluminescent plants belonging to a fantasy realm.

I hope you enjoy the gif that I’ve put together for this week’s mindfulness post. I am also keen to do another timelapse/speed drawing video but this will have to be reserved for a week where I can find more time to carry out my practice at home. So until then, enjoy:

Progress Continues with my new Painting

After long hours taking care of subtle changes and tweaks, this week’s progress shows the addition of the cats facial features and continued progress on the mask. Whist I am still not getting into the final details, I am now beginning to give the characters more form and starting to make a difference to the story I’m telling.

I really like sharing the photos of this raw early stage. I think it’s very telling of the journey I have taken as an artist and hopefully  others will take it as encouragement that this is how the most realistic of paintings start. It is only as a mature artist that I can see this as a starting point and will be able to take this forward adding further detail and all those little features our beloved pets have. This is just one of several stages the cat will go through in its journey toward completion.

This week I want to discuss how I got started. This is how I managed to get over staring at a blank page, wondering how to begin.

I started by thinking about the sort of patterns I find attractive. A few years ago I became interested in tribal fusion, mainly due to the incredible videos of Zoe Jakes and Rachel Brice, which led to some exploration of Mehndi. I really enjoyed drawing these patterns once I began recognising the common shapes and patterns. At the time I started incorporating this into my portfolio pieces and although it’s not something I’ve used for a while, I decided with my basic understanding that mehndi could make a very good starting point for my mindfulness drawings.

Secondly you can see clearly here where I have added in some straight lines to segment the page. The first week’s drawing was a real discovery and I slowly learned that it was easier to almost force a break in a pattern to avoid getting caught up in concentric circles. Additionally, as I’m not using any drawing tools except a pen, I learned that drawing straight lines is a lot easier in one quick motion rather than going slow and steady. Also thickening a line afterwards can hide any wobbles!

You can see the influence of mehndi a bit more clearly in this week’s pages. It’s also a lot denser and darker. I think this is due to feeling more confident about the patterns I’m working with and the effect of the solid black ink against the page. It’s very strange for me to be working in finites but it’s quite freeing to be working with absolutes.

I have restocked my Etsy shop  – so go and check it out. What are you waiting for? There’s a few reduced items as well as some originals still up for grabs. If you see something in my portfolio that’s not currently available please feel free to get in touch. I’m happy to do custom orders for prints alongside commissioned originals.

Fancy a chat? Get in touch at ardentshadows@gmail.com 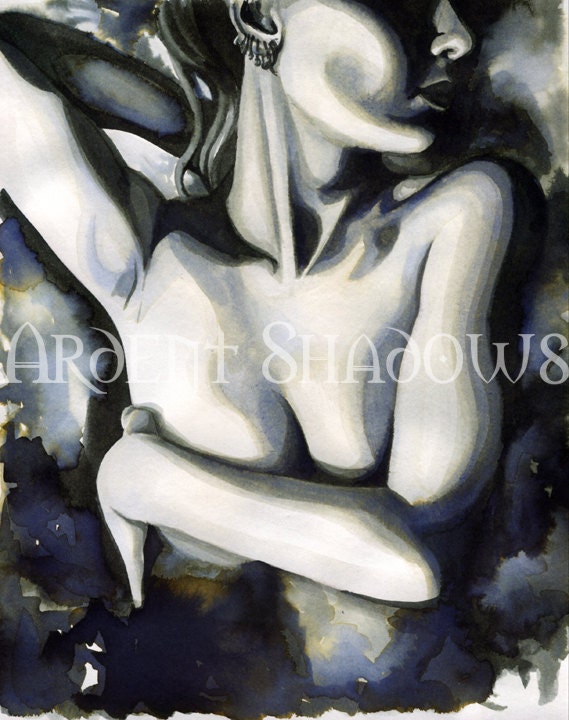 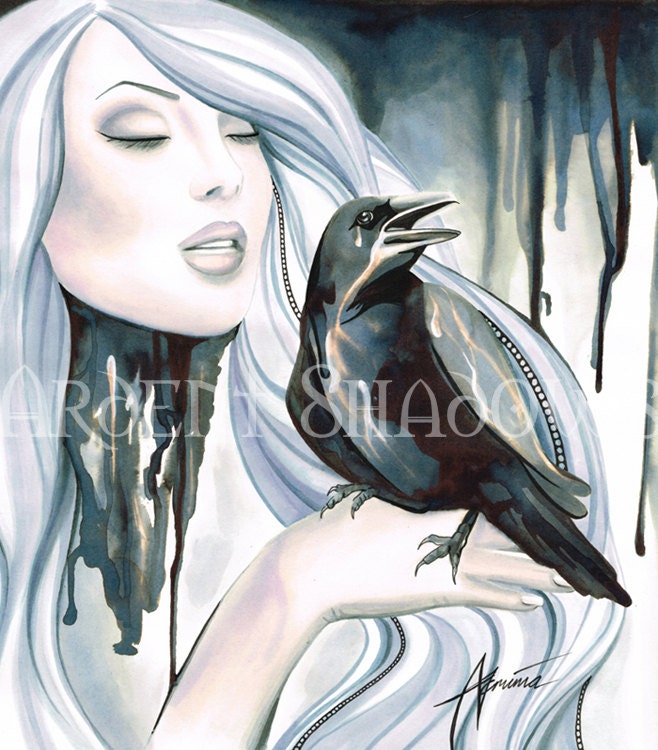 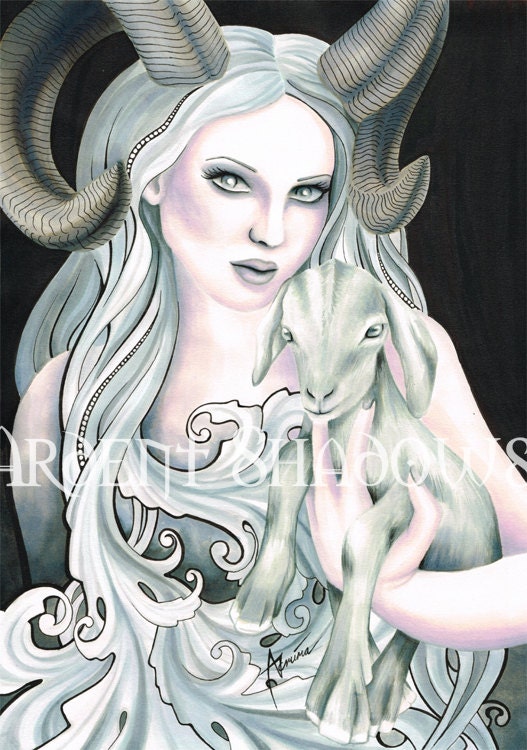